For the past several years, I’ve been developing a comic book called Evercross with two of my comrades from San Antonio: Bobic Alva and Kevin Johnson.  I’m the co-creator and co-writer of the project as well as the co-owner of the company behind it, Media Monsters LLC.

It’s a sci-fi western epic about a young man’s quest for vengeance in the midst of a region-spanning conflict between magic and technology.  Action, adventure, drama, the works.

In early 2012, we launched a modest Kickstarter campaign and ended up with more than triple the amount of money we asked for.  The issue finally reached stores and backers in Spring 2013.  Bobic and Kevin have had a great impact on the comic book community in Texas and online and are currently working hard on the next three issues, which are expected to be done by Fall.

It’s been a Herculean effort to get it to print and a lot of my own personal growth came through my experience developing this sci-fi western comic.  Issue #1 is available on Comixology, just click here. 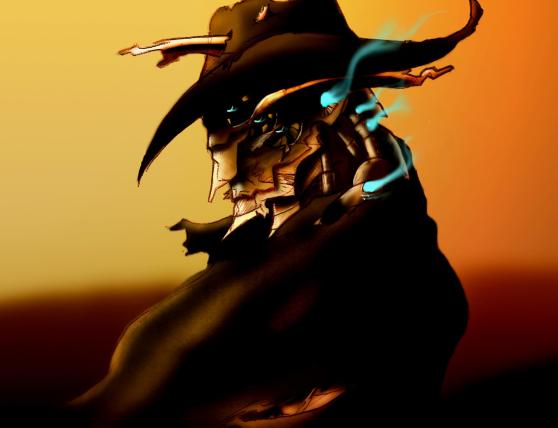